Ben Joins Mum And Does It For Great-Grandpa Gerry

Natasha Sarak was not alone when she recently took part in the 10km Race for Life for The Fed – she was partnered by her eight year old son, Ben!

Having completed a 5km open-water sponsored swim in Salford Quays in May of this year for us, the run was part of her continuing fundraising efforts to raise money for essential services provided by The Fed, both at Heathlands Village and in the community.

Natasha’s connection to The Fed runs deep and this is what fuels her determination. Toward the end of her life, her Grandma Rita was cared for at Heathlands Village and earlier this year Grandpa Gerry, who has vascular dementia, became a resident of the home – something which Natasha says has had a big impact on her. 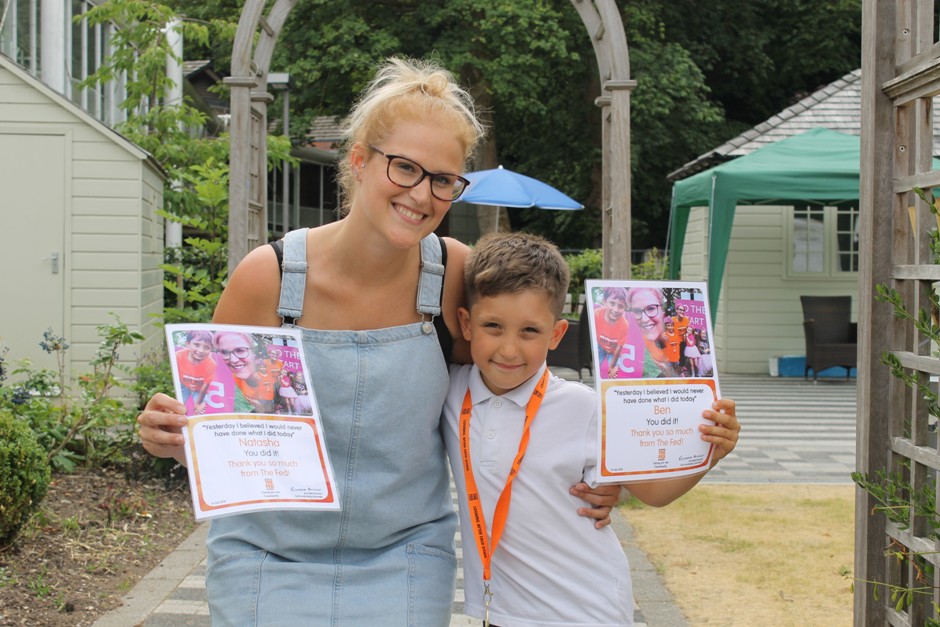 “I wanted to raise money for Heathlands Village because of all the fantastic work they do. Plain and simple, the staff at Heathlands are incredible!

We often go with Grandpa to the lovely cafe for lunch or tea and the atmosphere is wonderful.

The challenges were tough for both me and Ben – the hardest we’ve done so far – but they were so worth it for The Fed.”

The swim was definitely tougher than the run.æ Despite the hot weather, I actually enjoyed it – although we could have done with a bit of rain! And it was great to do the race with Ben. I was just trying to keep up with him on the way round! I’m so proud of him”

Chipping in Ben added, “I had a lot of fun running the race. The second half was easier than the first half, even though I had a bit of a stitch! I did the race in 100 minutes which I think is good!”

Natasha and Ben have raised almost £1,500, and donations are still coming in. Anyone wishing to contribute can do so at https://www.thefed.org.uk/natasha-sarak/ or by calling The Fed’s fundraising department on 0161 772 4800. 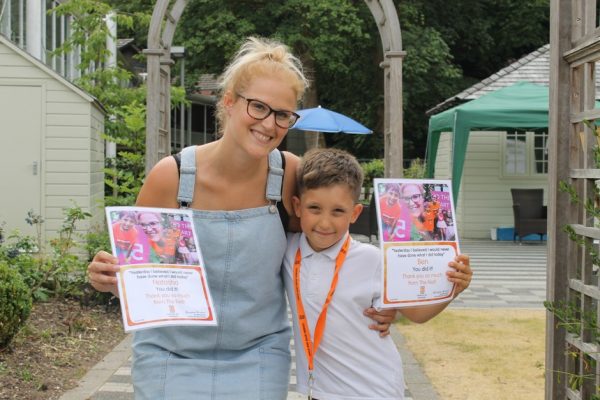 Saving Lives Across The Community