The Fed Drop in celebrates 20 years

A crowd of 60 members, current and former staff, volunteers and trustees partied in The Fed’s Purple Room at Heathlands Village recently to celebrate the 20th birthday of the charity’s Drop In social group.

The service aims to improve the well-being of Jewish people who are socially isolated for any reason such as mental ill-health, emotional difficulties, bereavement, divorce or caring responsibilities. 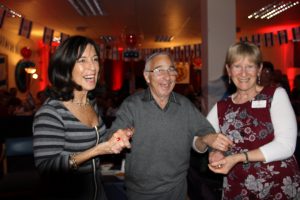 It does so by offering twice weekly evening sessions when members drop in for a meal and company, as well monthly bagel brunches and a range of trips, parties and outings. 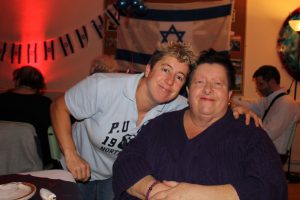 The celebration’s main organiser, support worker, Rozanne Glass thanked volunteers who work alongside her and other staff and whose “passion and commitment shines through” in helping to create a safe, warm and friendly place for members to come.

She quoted a number of members who summed up the difference The Drop In makes to their lives:

“If I didn’t come to The Drop In I wouldn’t see or speak to anyone.”

“After my husband died The Drop In helped me smile again.”

“Because it’s not visible, people don’t understand depression or anxiety.”

“There is always someone to steer me in the right direction if I need help or need advice.”

“I grew up with an awareness of my parents’ interest in helping people who were in less fortunate circumstances, be that financial, health or social, and in particular the close affinity they felt with The Fed’s Drop In.

Its original home, in the community centre adjoining The Fed’s old premises in Holland Road, Crumpsall, was named after my father in recognition of his considerable contribution to funding its construction.

I felt it was important to join The Fed in celebrating The Drop In’s 20th birthday and be there in his memory. So for me it was quite an emotional experience – all the more so because I had had yartzheit for him the day before.

It was wonderful to see for myself something he’d been instrumental in starting and how the service is flourishing today in its new home.

But I was staggered to learn that such an important service, providing social opportunities for people who otherwise would be terribly isolated, receives no statutory funding. It relies purely on the generosity of donors to keep going.”

A number of members, volunteers and staff were interviewed after the party and explained more about the value of The Drop In their lives. (Some names have been changed to protect privacy.) 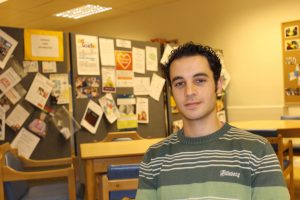 28 year old sessional support worker, Daniel Lazimi, plans a career in Mental Health Nursing or Occupational Therapy. Working at The Drop In is a highlight of his week.

“It’s a place members know twice a week they’ll have a group of friends to talk to and always feel loved”.

Barbara is 55 and lives in Bury. She is single with no family in Manchester and little contact with her one older sibling. 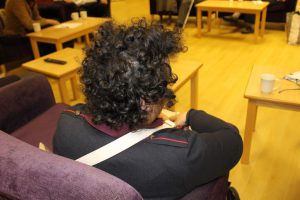 She suffers from bipolar disorder and has been through several periods of hospitalisation. Nowadays she is doing much better and is about to be discharged by her occupational therapist.

One reason for this is her regular attendance at The Drop In which she says is a really important part of her life, enabling her to enjoy “the special feeling when you’re amongst other Jewish people”.

Pete is 65, and has been on his own since his divorce 5 years ago and a bereavement which left him depressed. He read an article in the Jewish Telegraph newspaper, 4 years ago about a former member:

“He talked about how after his divorce he was living alone, had financial problems and was really lonely with no friends; how he joined The Drop In and straightened himself out. I completely identified with his story and came along to meet him.”

“This place is very beneficial for me. Coming here makes me feel a lot better”.

And a year after first joining, Pete felt well enough to get involved with The Fed as a volunteer. These days he regularly helps with running activities for residents at Heathlands Village, and takes people living in the community out shopping.

“It’s rewarding that little old me is suddenly doing something useful, and the people I help say “Ooh, are you coming next week?” I feel really appreciated.”

Ralph from Prestwich has been coming to The Drop In on and off for about 3 years. Like many people who attend he has scarcely any family. His nearest relative is a brother-in-law living in Cheshire.

He became ill when he was an art student, suffering a break-down associated with drug use and the loss of mother at around the same time. He echoes Barbara in valuing the opportunity to be amongst fellow Jewish people.

“I sometimes come, sometimes not. Tonight I needed the input of fellow Jewish people. That’s what makes it important for me. I do use other services but this is the only Jewish service. I have problems with neighbours who tease me because of my demeanour. Coming here helps me cope when I feel particularly in need of support.”

If you or anyone you know would benefit from attending The Drop In please call The Fed’s Referral and Advice Officer on 0161 772 4800 or email duty@thefed.org.uk

If you would be interested in volunteering to help run Drop In sessions, or any other type of volunteer work for The Fed, please contact Dalia Kaufman on 0161 772 4800 or email dalia.k@thefed.org.uk 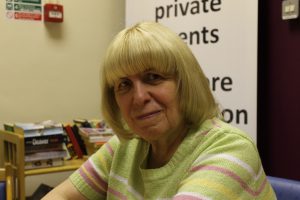 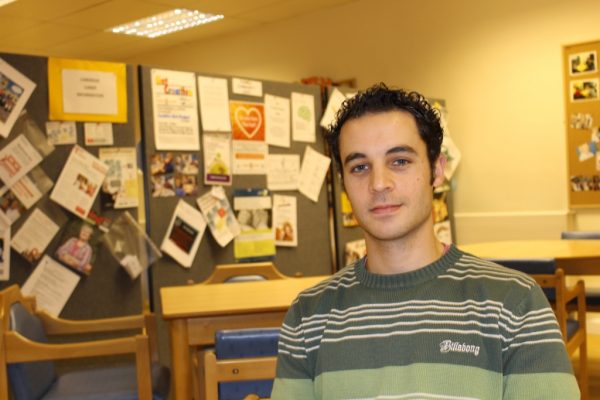 A crowd of 60 members, current and former staff, volunteers and trustees…
Read More