My Voice Recognition for Fed and AJR

One year on, an award-winning pilot project – undertaken by The Fed and our partner Association of Jewish Refugees (AJR) – æwhich publishes the life stories of Holocaust survivors and refugees who made their home in the UK, has received aæcoveted community award.

My Voice celebrates the lives of, what is now, a dwindling generation of UK survivors. Their stories are recorded, transcribed and prepared for print by a team of volunteers.

In November their outstanding work was recognised when the team received the Volunteer Team of the Year Award at the Manchester Jewish Community Awards.

Project Coordinator, Hila Kaye, explains, “The emphasis of the project is to record the positive stories of those who survived and rebuilt their lives from nothing, in their adopted homeland.”

“They married, raised families, built businesses and contributed to our communities. æMy Voice acknowledges this triumph and gives hope to today’s survivors of genocide and conflict.”

“But by its very nature our work is incredibly urgent.æ We are listening to the treasured memories of people of extremely advanced years, many of whom are not in good health.”

“So far, of the 10 people who took part in the pilot project we have

five books in print, though sadly one of the participants passed away since giving over her story.”

“We are delighted that the continued commitment of The Fed and AJR will enable anyone in the Manchester community who hasn’t yet told their story and feels this would be beneficial, to step forward.”

Following the success of the pilot projectæ My Voice is being rolled out to other communities. Hilaæ is mentoring her counterpart, Debra Barnes, who will oversee the project in London.

People wishing to take part My Voice in the Manchester area shouldæ email Hila at hila@ajr.org.uk 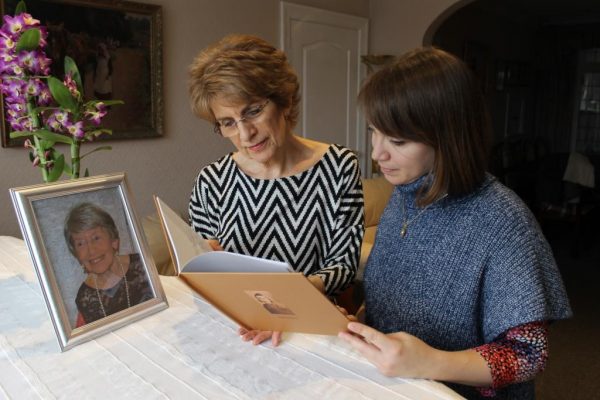 One year on, an award-winning pilot project - undertaken by The Fed…
Read More