Eight years after its inception the Julian Goldberg Friday Morning Men’s Coffee Club has raised over £7,500 for us. The group, which has been meeting since 2007, was renamed in 2011, following the death of its founder Julian.

Twice a month on a Friday morning, our Purple room Community Centre at Heathlands Village, becomes the noisy meeting-place for the group’s topical discussion and banter.

Last Friday, to mark its 8th birthday, Fed Fundraiser Dolly Abelson presented “her boys” with a birthday cake to thank them for their ongoing support.

“I don’t get to see the group all that often but I love it when I do! The laughter and repartee are bouncing off the walls. Julian would have loved to know his initiative is still going strong at The Fed.

And a year ago Mavis, his wife, set up a Thursday group for ladies, along the same lines, and this is also thriving, but the bad news is – there’s waiting list for both groups.”

Dolly and “her boys” with Malcolm Clyne group chairman, seated, cutting the cake. 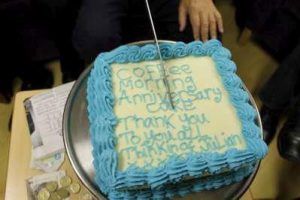 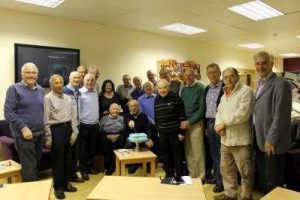 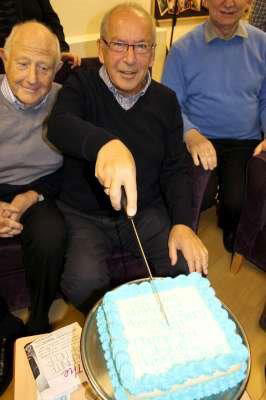 Investing In Our People!