A sell-out ladies’ lunch in aid of The Fed attracted 330 guests to the Hilton Suite in Prestwich on Wednesday (12 November 2019), raising in excess of £32,000 for the charity’s Community Services departments.

Guest speaker, Maureen Lipman is one of the UK’s most prolific writers, actors and comedians who currently stars in ‘Corrie’ as outspoken battle-axe, Evelyn Plummer. 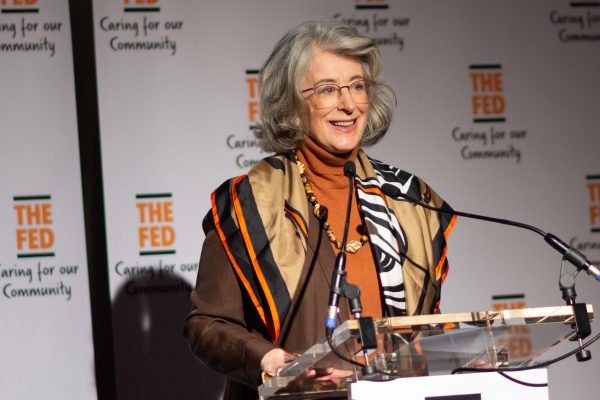 Raphi Bloom, Fundraising and Marketing Director described how The Fed’s community services are its ‘well-kept secret’ continuing: “Too well kept. Why? Because the very nature of the work we do means we cannot share it with you. It’s private, too sensitive, people often feel ashamed about needing help or… having to be a taker not a giver.”

He explained how although the charity can share photos on social media, on a daily basis, illustrating “the wonderful life we give our residents at Heathlands Village”, it generally cannot post images of its work in the community. 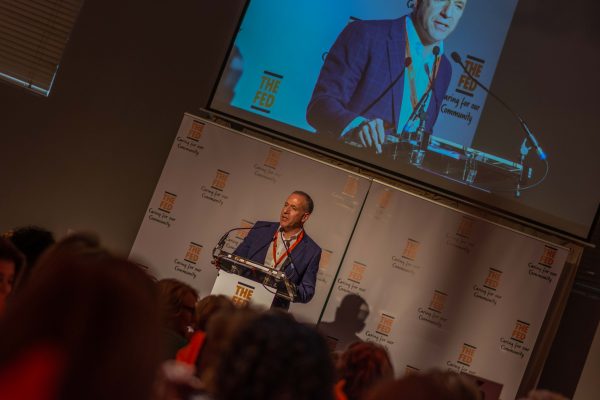 It is here that The Fed supports one on ten Jewish homes across Greater Manchester involving people suffering mental ill-health including suicidal thoughts, depression and self-harm; dealing with cases of child sexual and physical abuse or neglect or the care of children with severe behavioural issues; supporting individuals facing terminal cancer or families living in such poverty that parents are having to choose between buying food or a bed for their kids.

Raphi described the people being helped by The Fed as ‘hiding in plain sight’: “We’re helping your neighbours, your relatives, your colleagues, people who go to your shul, whose kids go to school with yours or your grandchildren, who shop where you shop, you see them everywhere.”

Guests also heard from Taryn Brooke, a recipient of services from the charity’s Community Advice and Support Team (CAST) and Volunteer Department.

She described reaching out for help when her family was ‘at breaking-point’ and how support worker, Zoe Guerrier “listened and gently reassured me and explained how The Fed could support us. She immediately helped to alleviate my worries…And she made me feel that I didn’t have to be alone or be embarrassed that I needed help.” 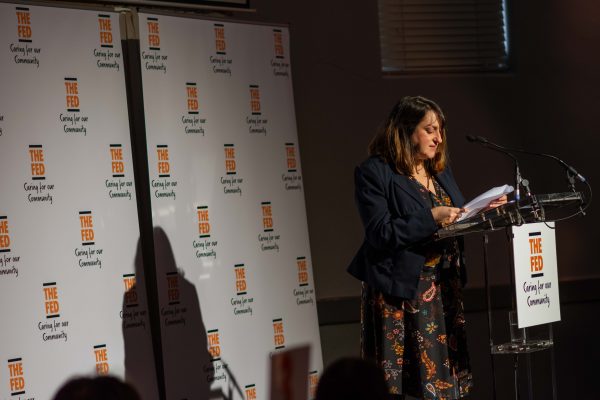 She described the essential financial, practical and emotional support she had received and ended with a plea to her audience: “I am the type of person who always pays it forwards – I’m not a taker, I’m a giver and if I could give back ten-fold to The Fed what they have given me, I would do it today. For now, sharing my story with you is the only way I can contribute. One day, I know, I will be able to pay it forward financially. For now, ladies, will you do it for me? Please?”

The event was rounded off with an hour’s entertainment from Maureen sharing hilarious memories of her parents and other older family members, and a set of priceless jokes which had the audience in fits of laughter. On more a serious note she made observations on widowhood, the value of a daily dose of turmeric, yoga breathing and being open to ‘coincidences’ which she doubted were ever actually such. 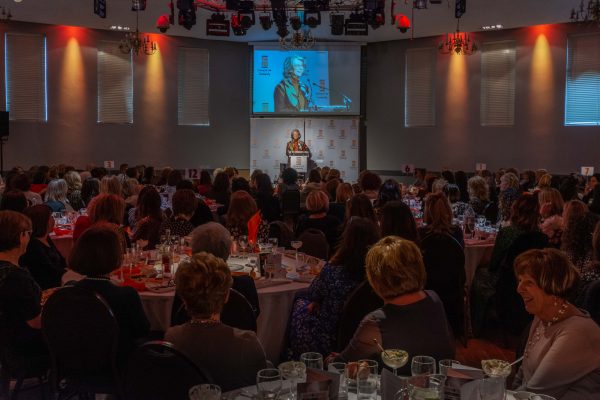 She spoke of how as Jews we do not just look after our own – how Israel gives to the world through its amazing scientific developments and how if that country found a cure for cancer it would not keep it to itself – the whole world would benefit.

A vote of thanks was given by trustee Julie Besbrode.