Here, in their own words, relatives of former residents who received end-of-life care share their experiences.

Dr Deborah Joseph, Dr Simon Jenkins’ daughter, described why her father was cared for in the nursing unit at Heathlands Village, as well as their experience as a family of end-of-life care. 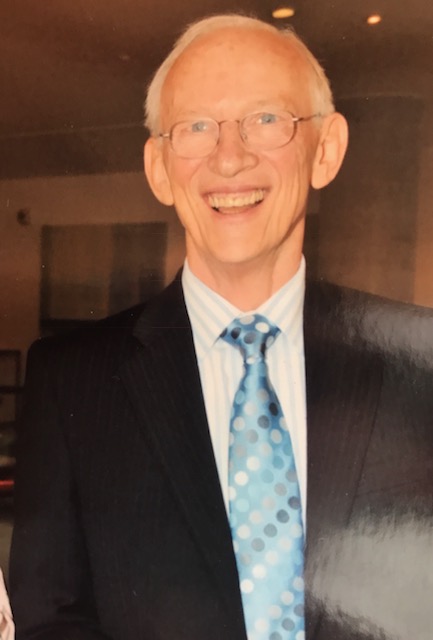 “Dad was heavily involved in establishing the Gold Standards Framework for End of Life Care at Heathlands Village as Vice Chairman and on the Medical Advisory Committee.

It was both fitting and ironic that due to his numerous complex health problems, when he came to require nursing care, Heathlands Village was the best place to meet his care needs.

His ill-health began in 1997 when he was struck down by sudden end-stage renal failure. After three years of dialysis he underwent a kidney transplant and began life-long immunosuppressant drugs which made him highly susceptible to infection.

As a result of disastrous heart surgery in 2012 he had to have both forefeet amputated and developed gangrene of the bowel requiring surgery to remove all but one metre of bowel, leaving him with “short bowel syndrome”.

He then suffered a stroke, losing the use of his right arm and rendering him unable to walk or transfer himself from bed to chair etc.

He needed two carers to hoist him on and off the toilet multiple times a day. As he was unable to absorb magnesium, this had to be delivered via an insulin pump which had to be done by a trained nurse.

After 4 months in hospital following his stroke, it was clear that my elderly mother could not possibly take care of him at home, even with support. Dad was transferred to Heathlands Village.

During 14 months there, he was admitted to hospital about a dozen times with septicaemia, becoming seriously ill very quickly.

His infection symptoms were atypical – often only detected through the expertise of the trained nurses who spotted the tell-tale signs and called 999 to rush him to hospital for treatment with intravenous fluids and antibiotics. But each episode left him weaker and more debilitated.

Dad probablyæwould have felt isolated in his own home whereas at Heathlands people were always popping in to see him.

Until he became too weak, he could operate an electric wheelchair on his own and go to the cafe to speak to other residents. Mum would also push him to the Seaside Garden which they both really enjoyed. It meant he could escape his four walls and still be in a safe environment.

He was a very spiritual person and a regular shul goer. When he was first moved into Heathlands, he managed to go to the shul on Shabbat mornings.

Although this could not continue, he still gained much pleasure from being in a Jewish environment, participating in the different festivals; shaking the lulav and etrog on Succot and seeing the children in fancy dress at Purim.

My mum and I found the care staff so patient and caring; bearing in mind Dad’s multiple complicated needs and that at times he could appear demanding, the senior nurses were so attentive and professional in dealing with him, always treating him with the utmost respect and regard, both as a patient and a doctor.

Towards the very end of his life, he decided that he did not want to go through the trauma of being admitted to hospital in the event of another episode of sepsis.

As a family we discussed all the options with the nursing team and GP and jointly decided Dad should receive palliative care where he was, should that time come.æ He wanted to die in a familiar environment, in his own bed, surrounded by his family and loved ones, and staff that he knew and who knew him. 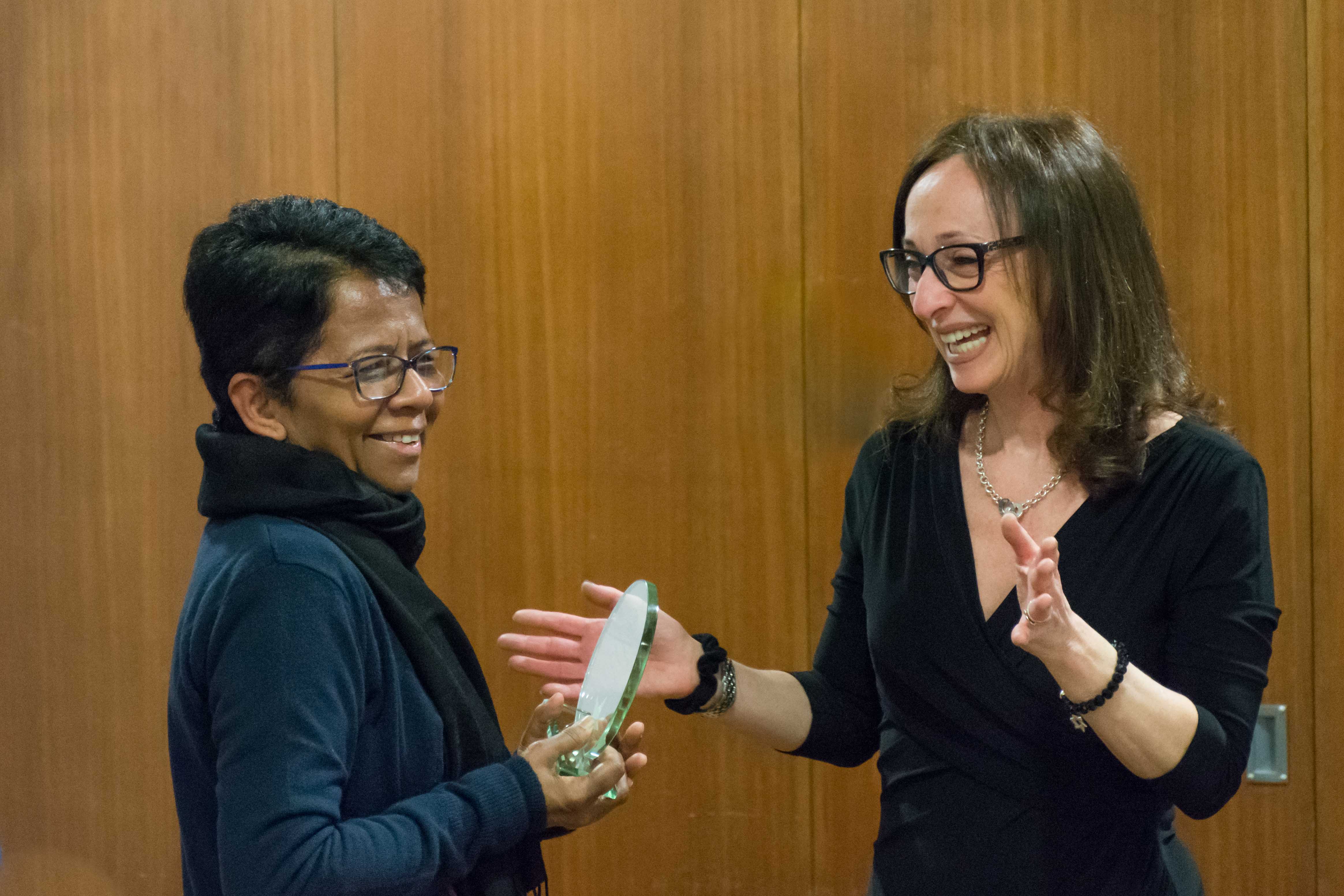 A few days before he passed away, the senior nurse fitted him with a syringe driver to ease his pain and help him to become less restless.

They ordered a special bed and mattress to make him more comfortable and looked after him wonderfully, ensuring heæthey turned him from side to side regularly.

They looked after him with tenderness and love and supported our family emotionally. æClose friends who came to say their goodbyes in his final days were offered cups of tea and a shoulder to cry on.

Several of the nurses were visibly upset at my Dad’s slow demise. This level of care and personal attention could never have been delivered in a hospital setting.

When Dad finally passed away he was not in any pain and did not suffer at the end. He was at peace.

It was Indira who called me to tell me that he had died as it was in the early hours of the morning and she did so a compassionate and caring way.

She was truly special.”

“I’m one of two brothers brought up in Hertfordshire, though my brother moved in Salford.

Our mother was a doctor and a leading light in her field.

When our father developed Alzheimer’s disease, she went to stay with my brother and eventually lived with him permanently until her own care needs became such that she needed residential care. In 2009, she went to live in Heathlands Village.

Though she had dementia she was still very much ïher own governor,’ enjoying trips to a day centre, out for lunch, to the theatre and to have her nails and hair done.

After a few years she sadly had a fall and broke her hip. Her mobility became compromised and she needed more care and then in January 2015 she became very poorly and was admitted to hospital and during her stay she lost her power of speech and the doctors warned us that she had only weeks perhaps months to live.

The Clinical Director of Heathlands Village, Karen Johnson said we were ïnowhere near that point’ and indeed she was proved right – Mum went on to live almost another three years cared for in the nursing unit of the home.

Although she had become totally dependent, she was often smiling and responsive and would giggle and even make occasional comments out-of-the-blue.

In the end, however, she became very frail and went downhill following a chest infection and she passed away at the beginning of this year (2018).

“Heathlands Village Staff are so caring and dedicated.”

The staff in the nursing unit are very passionate people; the level of compassion and dedication is in fact breathtaking. There must be a very special way in which Heathlands manages to consistently attract such deeply empathetic individuals who love what they do.

My mother was a wonderful, independent lady. She was a retired orthodontist, and until she was 89 she lived independently, socialised with her many friends, played bridge and drove her car.

She developed a T cell lymphoma in December last year and underwentæ two courses of chemotherapy. After the second course and hospitalisation she developed a sudden paralysis and became rapidly paraplegic.

Although she desperately wanted to stay in her own home she recognized that she would not be able to cope independently as she couldn’t walk or balance herself. She became very ill and her doctor stopped all medical treatment at her request.

She initially worsened but then made a partial and surprising recovery although remained paraplegic. She was developing incipient bedsores due to her immobility.

Coming into care was the last resort but was inevitable due to her significant physical needs.

We went to look at a few places including Heathlands, which I’d heard had a fantastic reputation. We were very impressed when we came to see it. There wasn’t a ïrules is rules’ attitude, so we chose Heathlands and quickly the staff helped her eat more and settle in to the new routine.

Her bedsores gradually healed thanks to the high standard of care she received.

After a while she became well enough to use an electric wheelchair in the communal areas. She was able to independently meet her friends and have lunch in The Central Cafe. She had some level normality after a prolonged period of being confined to her room; she was able to paint pictures in the Activity Centre which is a lovely environment.æ They provided her with a wonderful volunteer who was a retired dentist.

All the staff were very accommodating. Indira, the senior nursing sister who runs the department, cared for her with such integrity.

“You couldn’t have booked a better place.”

After visiting her I would leave with peace of mind, knowing she was happy and well looked after.

She got the best end-of-life care possible. She would not have had the fantastic three months she had anywhere else. My brother told me “you couldn’t have booked a better place”.

My mum passed away in November 2017 in the nursing unit at Heathlands Village. She had cancer and had been cared for in her own home, and I would come up from down South weekly to see her.

I went on holiday for a few days and Mum went to stay at Heathlands for respite – and really enjoyed it.æBack home, on the Friday, she called me and was upset asking why I had taken her out of Heathlands because she was getting better care there than at home.

I phoned the Admissions Team and – though it was difficult, being erev Shabbat – they managed to readmit her immediately and I came up the next day.

With mum in Heathlands permanently, my life as a distant carer was so much easier – I knew she was in safe hands. They were fantastic.

As Mum became more poorly I would stay with her at night in her room. The staff would make up a camp-bed for me so I could be right next to her.

I played her calming music and we laughed together right to the end, talking openly about how she felt about dying. She was very philosophical.

Monica, one of the nurses, had a really respectful, professional approach.æ She and the carers facilitated the right atmosphere so that Mum and I could have this quality time together.

The whole home has a caring atmosphere, people give you their time and made me feel nurtured – even the night security officer, Lenny, who was so sweet, chatting to me while I waited for a taxi.

“The whole home has a caring atmosphereand made me feel nurtured.”

After Mum died, they looked after me so well and Rev Rosen, the home’s Religious Director was very supportive.

Joyce Flattened Her Curves For PPE!

Here, in their own words, relatives of former residents who received end-of-life…
Read More