Following the announcement in the Queen’s Birthday Honour’s List, of his award of OBE, Mark Adlestone, our chairman was invited with his family to Buckingham Palace.

On 9 October, he attended for his investiture as an “Officer of the Most Excellent Order of the British Empire”. The award was made in recognition of Mark’s services to Business and Charity in the North of England.

“Mark was a crucial driving force in seeing through the merger in 2009 of two of our community’s oldest social care charities to form what is today The Fed.

More recently he has brought his vision and pragmatism to bear in advancing the redevelopment of Heathlands Village.

The high standard of social care services available to the Manchester Jewish Community today, and which are recognised as beacon of excellence within the wider care industry and charitable sector, are attributable largely to his considerable input.

Our community would be significantly poorer without his influence. As a friend and colleague I am delighted for him and immensely proud.”

Mark was joined at the Palace by his wife Gabrielle and daughters, Libby, Tara and Chloe.

“I was thrilled to receive my award from Her Majesty The Queen in this special year when she became the longest serving monarch in our history.

I was so fortunate because apparently it is rare now for the Queen to carry out investitures.

The sun shone all day and I was blessed to share the experience with my wonderful family.” 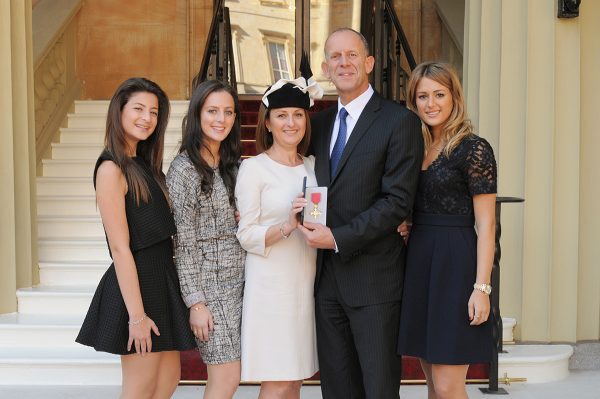 Following the announcement in the Queen's Birthday Honour's List, of his award…
Read More
X