My Voice Is The Answer

Visiting The Fed’s My Voice Manchester Project based at Heathlands Village, Yoni Berrous was presented with signed copies of the latest set of life storybooks by their authors or representatives.

These nine further books will be added to the eight already archived at Yad Vashem. A further 11 are currently in progress with others planned. 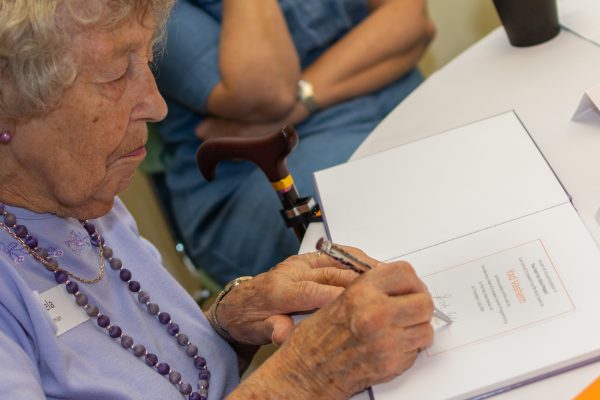 Addressing the storytellers, Yoni spoke of the importance of bringing meaning to the Holocaust. Although people are exposed to the Holocaust in school or through film and TV this tends to include ‘a lot is facts and figures and numbers, and this dehumanises it’.

‘The answer …. is to bring meaning and bring it ‘back to the core’, My Voice is part of the answer.’

Asked about the importance of the project he explained, ‘It’s about bringing back the story of the Holocaust with humans in the centre.’ He wants to see the books, “in every school… in national and local libraries. The next generation may not be able to meet the survivors, so we must introduce their stories to people.’

Storyteller, Gisela Feldman, recounted the touching moment when her grandson told her, ‘Grandma, you told me your story, but now I have read the book I hear your voice’.

Leonard Kaufmann expressed how he felt knowing a copy of his book was going to Yad Vashem: ‘I feel honoured, I would never have thought of it’. 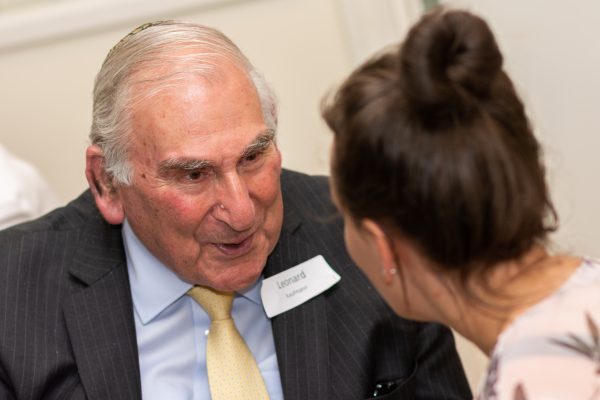 Chairman of The Fed, Bernie Yaffe, spoke of his pride in the project and the relationship built between Yad Vashem.

‘I’m delighted that The Fed’s small local initiative has assumed such significance for Holocaust education throughout Europe, at the same time as providing essential befriending and fantastic opportunities for volunteers. It really does tick all the boxes.’

Responsible for the training of Holocaust educators in Jewish European communities, Yoni leads study programs in Jewish schools and communities across Europe.

My Voice couples volunteer befrienders from The Fed with Holocaust Survivors and Refugees to help them record their memories over weeks or months of getting to know each other. Recordings are transcribed and published into remarkable individual life storybooks providing treasured keepsakes for the storytellers, their families and future generations. The project is supported by the Heritage Lottery Fund. 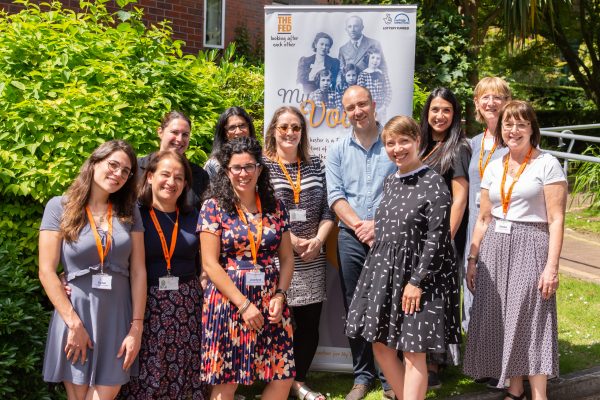 The project cover people’s entire lives, including their pre-war memories and celebrating how they built successful families and careers and contributed to their UK communities.

For further information about producing your own life-story book or volunteering for the project please contact The Fed on 0161 772 4800 of email info@thefed.org.uk 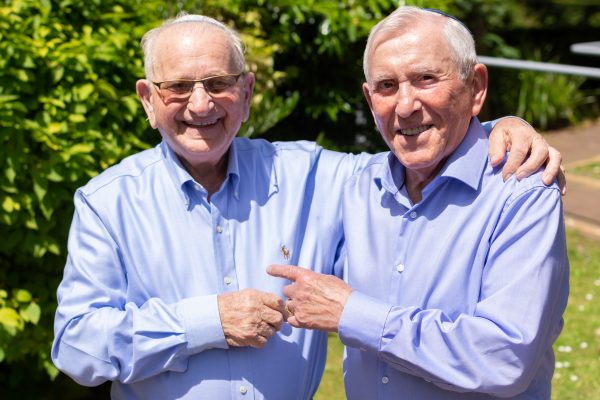