After 25 years at The Fed, our CEO Karen Phillips will retire in March and pass the baton to Chief Operating Officer, Mark Cunningham. 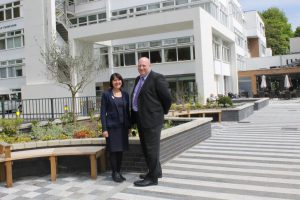 Karen was born in Manchester in 1951, and was appointed CEO in 2007. She was awarded an MBE the 2011 New Year honours list in recognition of her services to Manchester’s Jewish community, and in the same year she was made a Deputy Lieutenant of the County of Greater Manchester.

Mrs Phillips’ social care career began at the age of 17 as a volunteer at “The Old Home” in Cheetham Hill, Manchester (the predecessor to Heathlands Village), fuelling her commitment to community work.

In the early 1970s, she began working with the Chest, Heart and Stroke Association, and ran two successful schemes to support people recovering from strokes, who had speech problems.

A professional sabbatical led her to begin aæcareer as a Social Work Manager at what was then Manchester Jewish Social Services (MJSS). æAt the time this was a small local Jewish charity, with a handful of staff supporting people living in poverty or in need of social care support.

That sabbatical became a long-term career commitment and Karenæwas swiftly promoted to the role of Director, then CEO, helping to restructure and professionalise the organisation in anticipation of the Community Care contract culture.

In 1996 MJSS merged with the Benevolent Society, at which point the organisation became known as The Fed, and later with Eis Zikna to create The Fed’s north Manchester Volunteer Services – Time For You.

The culmination of these mergers was the creation of The Federation of Jewish Services (FJS) in December 2007 when The Fed joined forces with another of the community’s oldest charities – Heathlands Village – creating a one-stop shop for care for people of all ages. FJS later became known as The Fed.

I will still be playing my part, primarily as an ambassador for the organisation, helping to fundraise and promote us in Manchester and London.

Karen’s determination and vision has also brought about the physical transformation of Heathlands Village and the creation of a state-of-the-art dementia-friendly environment which as the same time is a hub for the local community.

Speaking of her retirement, Karen said,æ”My last 25 years have been spent at The Fed in its various forms – a huge chunk of my life and my identity. æUnderstandably I am sad to go but at the same time I’m very excited as I sit on the brink of the next stage in my life.

However stepping down certainly doesn’t mean I’m cutting my bonds with The Fed.æ I will still be playing my part, primarily as an ambassador for the organisation, helping to fundraise and promote us in Manchester and London. And I am looking forward to spending much more time with my family, continuing with my work as a Deputy Lieutenant and pursuing lots of other interests.

I leave at an exciting time for The Fed too: Come Summer work will begin on remodeling our ground floor accommodation. We want to create bright, homely and less confusing private areas for residents with dementia – reflecting the standards we have achieved in our public areas. The plans are inspiring and I’ll be watching with interest.

I’m delighted about Mark’s appointment as my successor. I wish him the very best in his new role and hope the coming years bring him great personal success and satisfaction.

The Board and I have enormous confidence in his ability to lead The Fed forward.æ His commitment to the organisation and the Manchester Community has been evident for the last 20 years since he joined MJSS on a 100 day student social work placement. æHis skills and experience are wide and comprehensive and he is the natural successor to the role of CEO. The Fed and the community are very fortunate that he has accepted the position.” 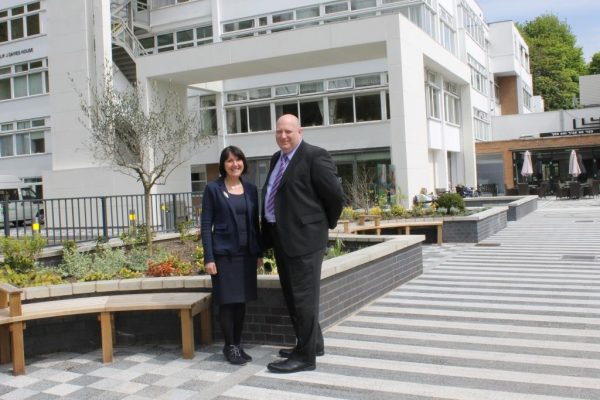 After 25 years at The Fed, our CEO Karen Phillips will retire…
Read More