Brian Pomfret, The Fed’s FMS Team Leader and one of the most popular faces around site, has clocked up a scarcely believable 48 years at Heathlands Village! 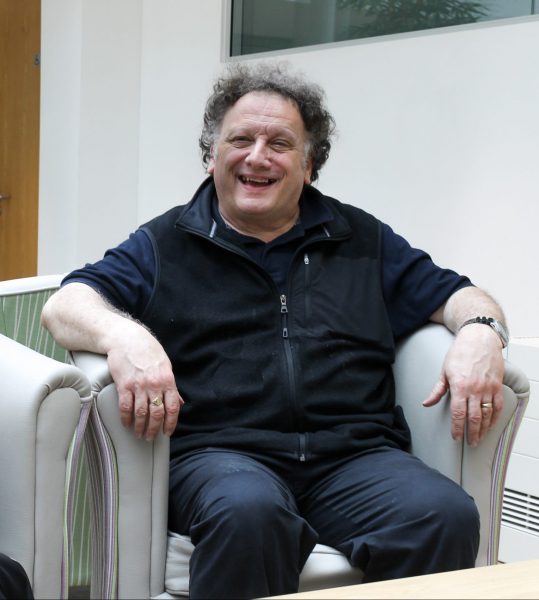 If anyone deserves the title of Mr Heathlands, it’s Brian. Playing football on the lawns of the original Heathlands House as a child before becoming part of the team, Brian has been with Heathlands Village since its inception, and we think that’s cause for huge congratulations!

Even before beginning his employment in April 1972, Brian was a familiar figure on the site that was to become our beloved Home:

“I have memories of the place even before it was Heathlands Village,” he said.

“I used to play football on the lawn outside the original house that built here – which was called Heathlands – long before I was employed here!

“My earliest memory of work must be Walter Kaye, who was a Board member, telling me to scrub the reception area all week. I was working with an Oxford student who was here as a temp, and he and I scrubbed the place as we were told!

“Another early memory is Prince Phillip coming to open the original building in 1972. We worked round the clock, seven days a week, to prepare for his visit – hectic isn’t the word! We also had Sir Alex Ferguson and some of the United players here in the 1990s too.

“Things were very different back then – in the seventies there was still a Matron on duty. She was called Mrs Oddy – a stern, but lovely lady. Staff had living quarters on the top floor – it was a real old-fashioned place.

Brian has performed many roles over his five decades at Heathlands Village, beginning life as a Porter, before moving up to FMS Supervisor.

“I started out as a Porter in the mid-seventies,” he continued, “and was then promoted to Laundry Manager. I held that position until 2003, at which time I became FMS Supervisor.

“Looking back, I have so many memories. To be honest, Heathlands Village ruined our football pitch – but it’s given me a life of nearly 50 years.”

Brian Pomfret, The Fed's FMS Team Leader and one of the most…
Read More