From The Frontline To The Touchline

There are few men in professional football who find their way back to the training ground at the age of 60, following years in the sporting wilderness, and fewer still who make that journey having been on the frontlines of the fight against Covid.

Mark Lillis, the former Manchester City, Huddersfield Town and Derby County striker, is such a man.

His return as Assistant Manager to his beloved Scunthorpe United in August 2020, where he had been player-coach in the 80s and 90s, followed nine months working as a porter and driver at Heathlands Village – the last few of which coincided with the very worst of the Covid-19 pandemic.

“We almost didn’t believe it at first,” he says casting his mind back.

“When we were first given our PPE, we realised that this was now what we had to deal with; we had to get on with it and not let it beat us. People depended on us.”

Mark joined The Fed initially as a ‘bank’ staff member, filling in when there was a gap and doing what was needed, before quickly being taken on as a full-time porter and driver.

“After visiting Broughton House, a Salford care home for veterans of the British armed forces, in hopes of finding work – but not finding anything that was a good fit – I got a call from their CEO who told me that Heathlands Village was looking for staff.

“I started in December 2019, and the first thing that hit me was how warm everyone was. It really is like a family.

“It was the team spirit that I loved – that sense that we were right in the thick of it and making a real difference to people’s lives.

“As a porter I could be called on for all manner of work from emptying sluices and keeping the place safe and clean, to moving furniture from a van into a new resident’s room. As a driver, I had the pleasure of picking up older clients in the community and taking them shopping, and ferrying the children to and from The Fed Children’s Centre, as well as other errands like picking up prescriptions from pharmacies for Heathlands Village residents.” 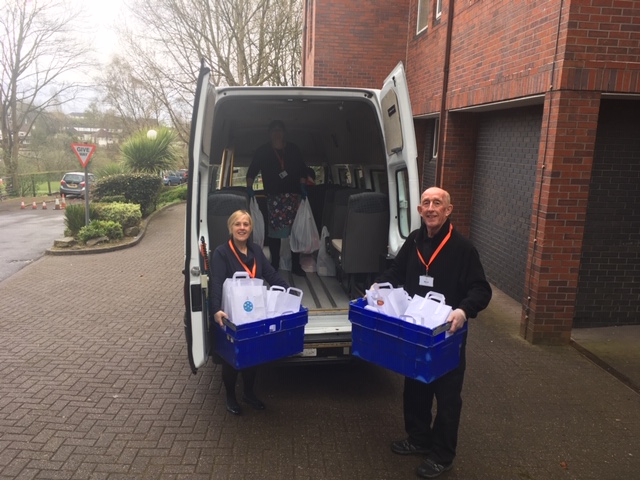 Mark waxes lyrical about his driving duties which he ‘absolutely loved’, with one particular driving-related responsibility standing out:

“I’d often drive them from Heathlands Village out for day trips or pick them up and bring them to the Play & Learn sessions at the Children’s Centre. I felt such pride at being responsible for their safety and helping them get out and about.

“I used to regularly see many children from the community – all benefiting from The Fed’s services. Some had learning difficulties, others physical disabilities and some came from families with difficult personal circumstances. We offered them a chance to relax and enjoy themselves for a few hours.

“My job was as much about building up relationships, as it was being a porter or driver. When I used to clip in the seatbelt for one little boy, he would give me a gentle slap on my head, and I would pretend to tell him off. He would laugh and laugh every time. Another time we were stuck on the M62 for over an hour and I told the two children sat at the front that they had to help me – I called them my ‘co-pilots’. It was such a joy to be around them.”

For a man who made his name playing for some of the most famous English football clubs, Mark found his way into social care almost by accident.

“I joined Huddersfield Town in 1977; they gave me my first contract as an apprentice at 17,” he reminisces.

“From there, I had spells at Manchester City, Derby County, Aston Villa and more, including captaining Huddersfield Town and scoring on my home debut for Manchester City. I played at Wembley Stadium against Chelsea in the 1986 Full Members Cup final and scored twice in a 5-4 thriller. It was a great life. 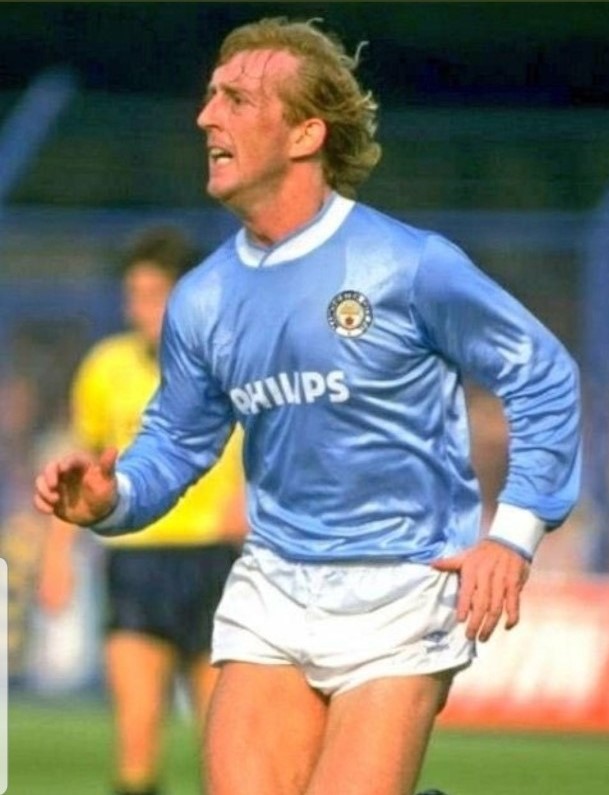 “After moving into coaching and managing in the 90s and 2000s, I came back from India in 2018 after a spell at Chennaiyin FC, where we won the Indian Super League, and suddenly found myself out of work.

“I kept looking for jobs and getting in contact with various people, but I heard nothing. Looking back, it was quite a hard time. Your mental health can suffer with that kind of thing. I went to the gym often and became a regular grandpa day-carer for my granddaughter Peggy which was wonderful, but there were times when it was a bit dark.

“I was happy to try anything new and give my all, and finally I got the call about The Fed. It was like nothing I’d ever done before and I’m so thankful that I was given the chance. I’ve always been someone wanting to make a difference and put a smile on people’s faces and that’s what The Fed is all about.”

Despite only being at The Fed for a short period, Mark’s memories of his time could not be fonder.

“Everyone helps everyone else; I was learning new things every day and being supported by all my colleagues – and from the Chief Executive on down, the place has a family atmosphere. Everyone trusted you, and so you trusted everyone else.

“I’ve told people that coming into work felt like getting a hug. It was somewhere you were excited to be and felt a responsibility to your colleagues and to the people who depended on you.

“It was a constant source of happiness to me to be doing something I enjoyed and to be working with a great group of lads.

“I loved seeing the residents around Heathlands Village, too. I’ve had people in my own family affected by dementia and other illnesses, so I wanted to get right into the thick of it, and do what I could.

“I’ve said all my life that it’s about the relationships you build up, and whether it was helping someone get back to their room, or walking past the bedroom door of someone who was bed-bound and giving them a thumbs up or a cheery ‘good morning,’ I always did what I could.

“The place is full of characters. They brightened up everyone’s day. I’ll never forget one lady who I’m sure must have been in business in her younger days. Whenever she saw us bringing in boxes of supplies, she would shout ‘now don’t go selling those boxes for less than they’re worth!’”

With the onset of the pandemic, Mark’s day to day routine changed dramatically:

“We couldn’t go out into the community to pick up clients anymore, or have the youngsters coming to the Children’s Centre. Our work on site became even more important, keeping things clean and tidy and ensuring everything was in-line with the new rules.

“At its height I was responsible with others for organising the transport of those who had passed away into the mortuary at Heathlands Village. I learned things about the Jewish laws of dealing with death. It was the proudest and most meaningful part of my job. We made sure that everyone was treated with dignity and that their families were well looked-after and comfortable.”

As a former leader on the pitch who has moved onto the sidelines, Mark knows he will take much of what he learned during his time with The Fed and apply it at Scunthorpe.

“I learned so much at The Fed that I wouldn’t have from the football world,” he said.

“The young players coming through won’t have seen half of what I did during those few months, or experienced the togetherness and support that everyone at The Fed shares. It’s my job to mould these youngsters into better people, not just better players, and with the experience I gained I’m better armed to do that than ever before.”

Admittedly a stranger to the Jewish community before coming to work at Heathlands Village, Mark soon found himself immersed in a world that he found ‘fascinating.’

“I didn’t really know much about the community in all honesty,” he continued, “but once I’d started, I just wanted to embrace it and learn whatever I could. I was intrigued to see a whole different world to the one I’m used to, learning about Jewish history and the important festivals. It was a very special learning curve for me to experience at this time of life.”

And then, just as he thought that his football days were over, he received a call out of the blue from Scunthorpe Manager, Neil Cox, asking him to return to ‘The Iron’ as his number Two.

“It was such a hard decision – I told him I needed some time to think it over,” he said.

“I had got used to the routine: in at about 7am, get together for a chat and a brew, and then as soon as the clock hit 8am we were all at action stations. Just being a part of it all was so rewarding.

“Ultimately, it was the support I got from my manager at work that gave me the confidence to go for it. I said to her that I don’t want to have any regrets looking back and she said ‘Well, if you don’t want any regrets and you think you should go for it, go for it!’”

“I’d spent my life in football and at the age of 60 I thought those days were all behind me. The chance to lace my boots back up and join a manager I know so well was one I might never get again. Working with footballers is in my blood; it’s like being a dad again to 20 young men.”

For a man whose career in football has taken him to the very top of the English game, how does Mark’s time at The Fed rival his time on the pitch?

“I grew up and lived my life in professional football but being at The Fed has shown me another meaning to the term ‘teamwork’. Sharing each other’s’ problems, acting as a mentor to my colleagues, seeing first-hand the beauty of people being cared for. The Fed will never leave my mind.

“Before I left, I was presented with a ‘Special Recognition Award’ for my efforts during the pandemic, handed to me personally by the Chief Executive together with a letter of thanks. They’re both displayed proudly in my house as a reminder of my time with such a great organisation.

“With all the trophies I’ve won in my career that one means the most.” 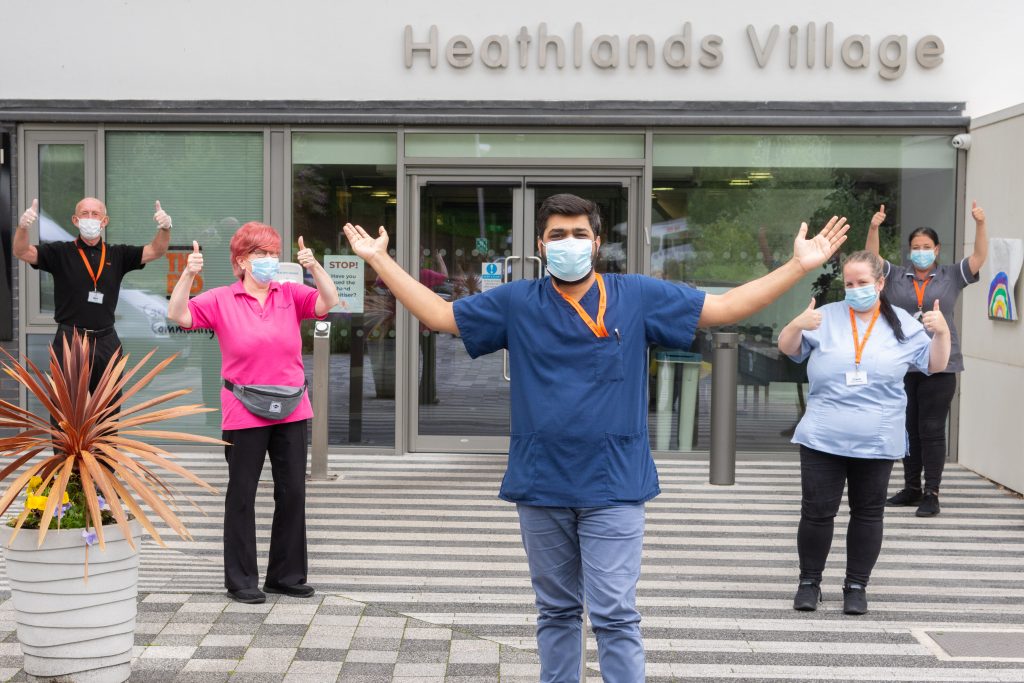 There are few men in professional football who find their way back…
Read More
We have suspended our community groups for both adults and children due to Lockdown 3. Our online Male Carers & Pilates groups continue as normal. For further info, advice or support please contact advice@thefed.org.uk or 0161 772 4800.
+