The Fed received a huge vote of confidence at the 2019 Manchester Jewish Community Awards ceremony, as staff members and volunteers were presented with awards for their outstanding service to the community.

The Fed’s Volunteering@thefed Manager, Juliette Pearce, received a highly commended award for Communal Employee of the Year, whilst the ‘My Voice’ team – who operate under Juliette’s management – received the coveted Volunteer Team of the Year award. 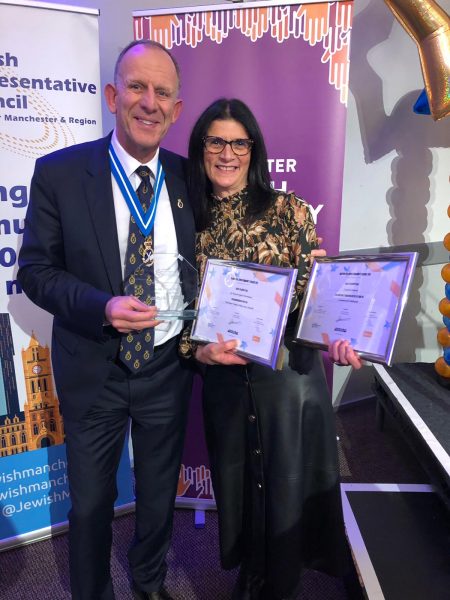 The Fed’s Mental Health Drop-In volunteers, who run our weekly mental health support group in the Purple Room at Heathlands Village, also received a highly commended award in the Volunteer Team of the Year category.

Jacqui Pinsley and Richard Hamilton – both members of The Fed’s Customer Service’s Team – received certificates for their individual nominations for voluntary and charity work in the community.

Bernie Garner, Director of Community Services at The Fed, said:

“We are so proud of all of our staff and volunteers who have been recognised for their outstanding work.

“Much of our community services goes work unnoticed, and is carried out without fanfare or fuss, due to its sensitive and often highly confidential nature.

“These awards are hugely deserved by members of The Fed team who make a positive difference to lives of so many people in our community.”

Outside of the local community, one Fed volunteer recently had a trip to remember.

Sharon Innerfield, who joined the charity as a volunteer in 2017, was chosen to represent all Fed volunteers at a reception with Prince Charles, held at Buckingham Palace on December 5th. 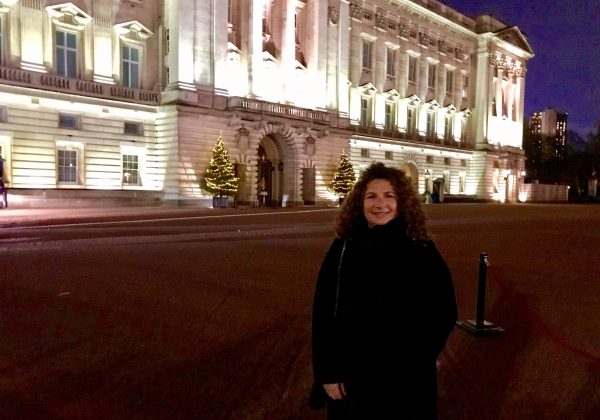 “Walking through the gates of Buckingham Palace and having the honour of meeting Prince Charles were real highlights of the day,” Sharon said.

“I also felt an overwhelming sense of pride standing there, representing all other Fed volunteers at such a momentous occasion.” 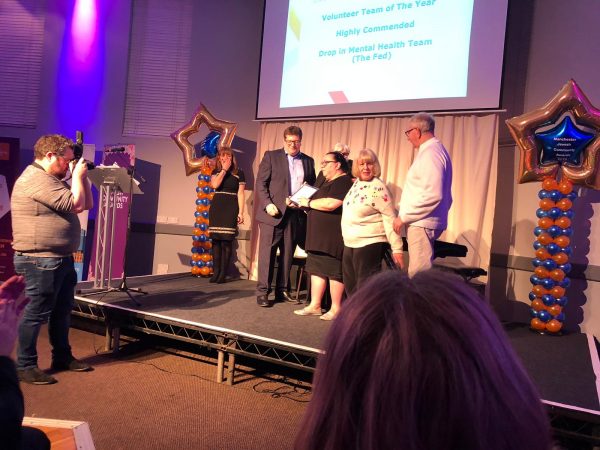 Future-Proofing Your Health and Wealth with The Fed

The Fed received a huge vote of confidence at the 2019 Manchester…
Read More
We have suspended our community groups for both adults and children due to Lockdown 3. Our online Male Carers & Pilates groups continue as normal. For further info, advice or support please contact advice@thefed.org.uk or 0161 772 4800.
+