A gorgeous spring day was the perfect backdrop for the launch of our Sound System in the Seaside Gardenæat Heathlands Village.

Opened in August 2016, the garden is a safe, stimulating and uplifting environment for residents living with dementia, complete with beach huts, a sail boat, deckchairsæand a pier.

Now, after working for many months with ProfessoræStephen Davismoon of Edge Hill University, we have added a magical soundscape, featuring the crashing of waves, seagulls, a steam trainæand children playing on the beach.

Professor Davismoon worked with our residents and travelled to a number of seaside locations around the UK to record the different sounds. He visited our residents over the following months and selected which sounds they loved most. 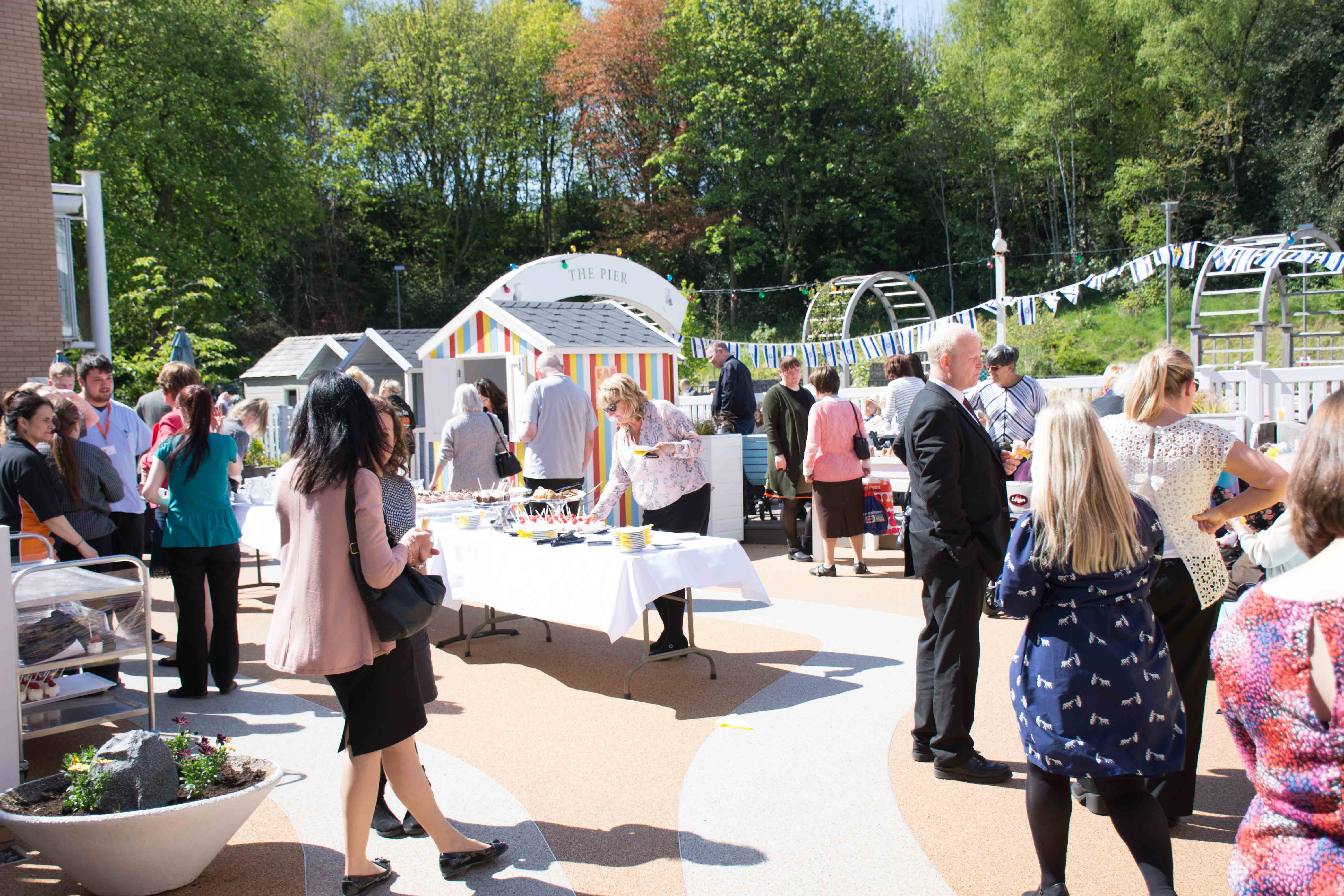 Residents, families, visitors and staff all soaked up the beautiful atmosphere as the sounds were turned on – and the ice creams and refreshments helped too!

Weæfirst opened our sensory garden in July 2016, adding this feature to our many other facilities which aim to create the best possible environment to care for our residents living with dementia.

A grant made to The Fed funded a partnership project with Salford University to create an authentic soundscape. 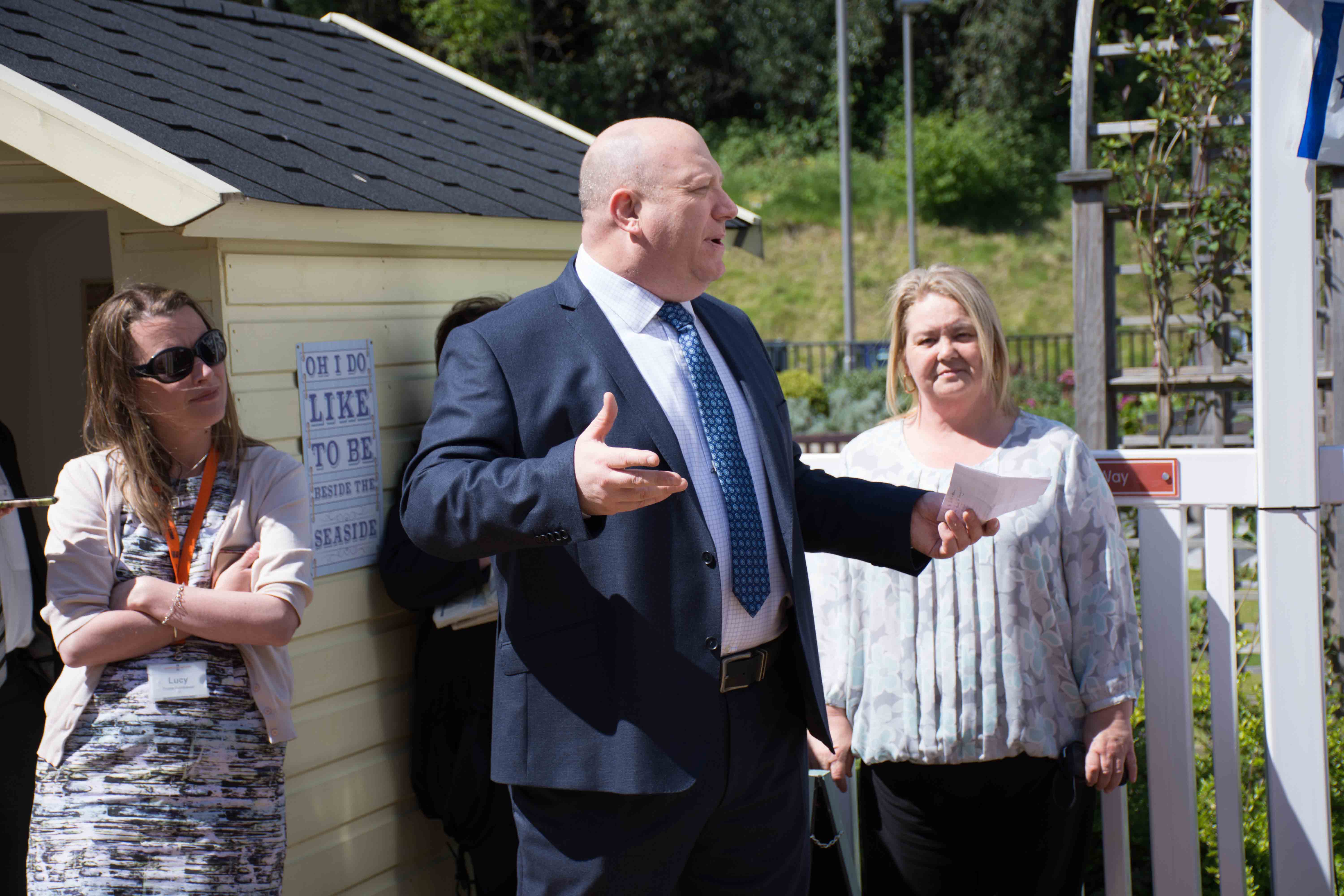 With the sun blazing overhead, The Fed CEO, Mark Cunningham, led the residents and families in a countdown to pressing the on-switch, sending a range of sounds to the eight speakers discreetly disguised as boulder s around the garden.

He said “This whole project began way back in August 2016. Over a period of a few months, I went on a number of trips to the seaside with residents of Heathlands Village.

We visited Blackpool, Southport, St. Anne’s’ and Southend – as well as others. The residents described what they remember from their childhood about trips to the beach, and I recorded a number of sounds live, in the environments we were in.”

With residents and their families relaxing and enjoying the sounds around them, Professor Davismoon continued. “I visited the residents numerous times and talked to them about their memories. 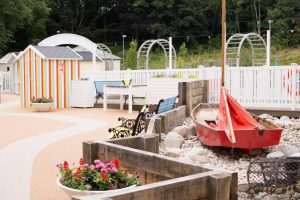 The notes I made at these sessions formed the basis of the sounds we have today. For example, a number of residents remembered visiting the seaside via steam train – and so I made sure to capture the sound of a steam engine and have it placed at the entrance to the garden.”

The library of sounds is being increased, with Professor Davismoon still to add an accordion player and brass band.

Eventually, the entire system will be controllable from a tablet, allowing individual residents and carers to organize the sounds as they like when they visit.

A crowd of over 80 people gathered to soak up the atmosphere and enjoy ice creams and refreshments as they listened to the variety of sounds on offer at Heathlands-on-Sea. 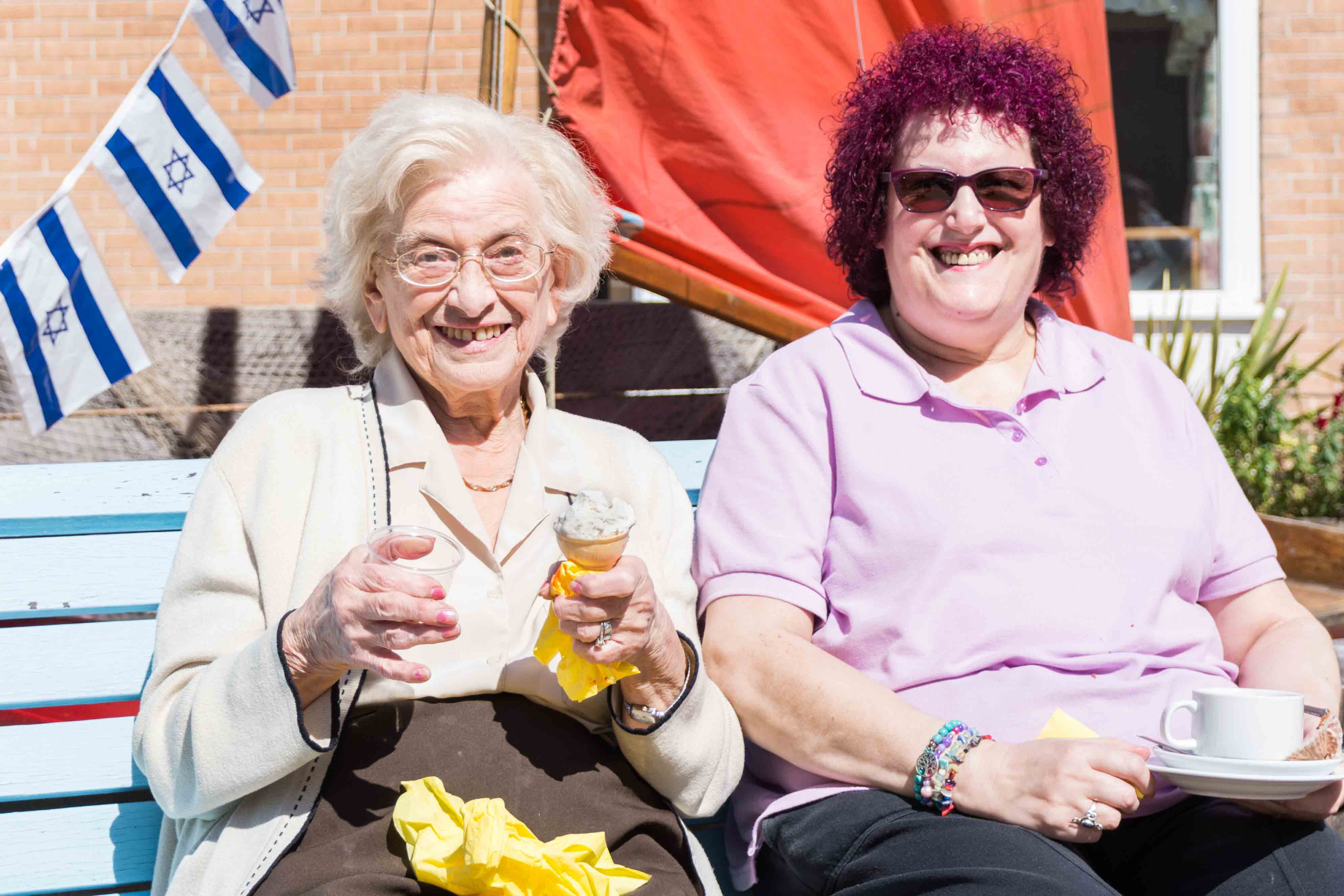 Lucy Edwards, Trusts, Foundations and Bids Fundraiser at The Fed, who was behind much of the project, said “We were delighted to haveæbeen able toæsecure a grant from the Arts Council for this project. They have been incredibly supportive in giving us the chance to offer our residents and visitors this innovative project, designed to stimulate happy memories.

As far as I am aware, we are the only care home in the country to have an interactive, sound-filled space in our own garden!”

The experience of imagining yourself at the seaside was not lost on the residents of Heathlands Village, one of whom remarked, “The atmosphere is so happy, the residents are really enjoying themselves. The gentle whoosh of the waves hitting the rocks is really so therapeutic.” 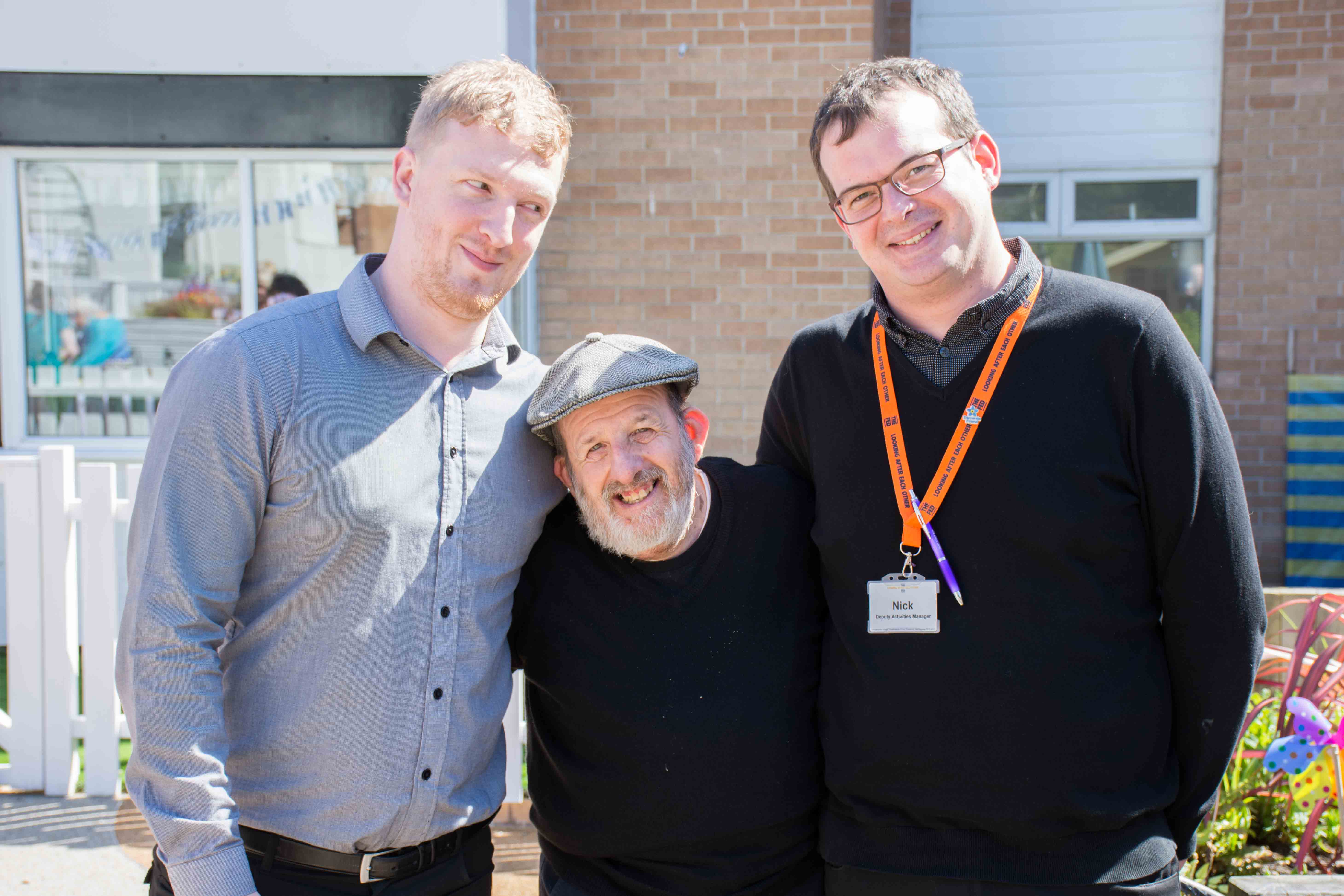 Another said that “the project is a great boost, and one that brings back many happy memories.”

Those feelings were not lost on anyone, regardless of age, as Professor Davismoon remarked, “It was a most wonderful experience – quite touching – and magical, really.”

The sun shone brightly, the waves crashed, the seagulls flew overhead and the children played amongst their sandcastles. Simply close your eyes, and the seaside truly has come to Manchester. 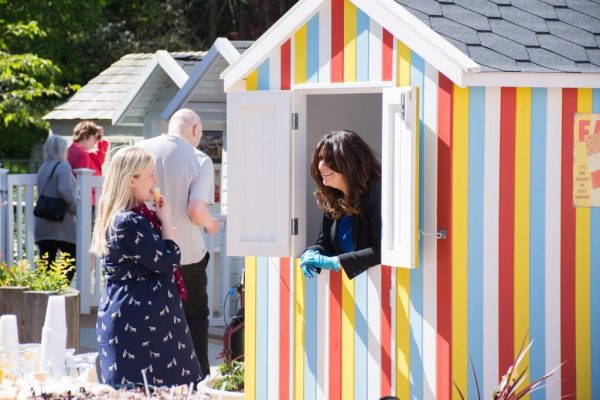