Almost three months into his role as Fundraising and Marketing Director, Raphi Bloom reflects on three encounters which brought home to him the vital importance of The Fed’s work in the community. 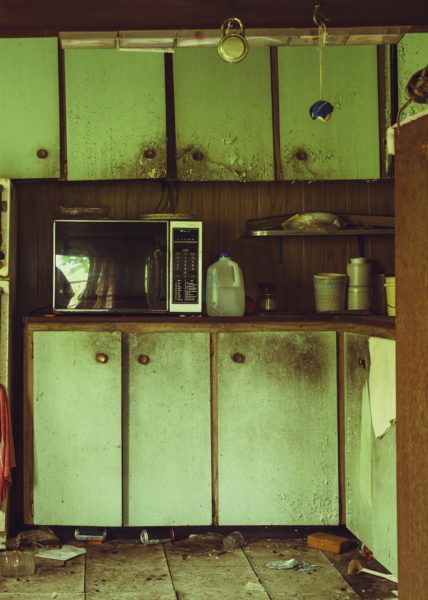 “The smell of damp stayed on my clothes for the rest of the day. The kitchen and bathroom resembled a squat – with cupboard doors hanging off their hinges and mold-stained walls.

With no fridge-freezer, this elderly couple were surviving on long-life milk and food that could be reconstituted with boiling water or which came out of a can.

With zero family to support them, this dignified couple had absolutely no support network or money. For a lifetime they had worked for cash in hand and because of that were receiving no state pension. The lady had been pawning her jewelry to buy food.

Visiting their home with a colleague from our Community Advice and Support (CAST), this was my rude awakening to the kind of situations the team encounter day in day out.

To reach this stage of life with simply nothing – to be living in these conditions – it was heartbreaking to see. I haven’t been able to get this couple out of my head since.

But I am uplifted and proud. Why? Because since that visit my CAST colleague has been able to provide a fridge-freezer for this couple, so they can now can buy fresh food. We’ve helped them access pension credits which have immeasurably changed their lives. And we’ve connected them to Jewish food banks so they have extra food.

In short, The Fed has helped alleviate the desperate poverty this couple were living in and given them the support they so badly needed, having almost fallen through the cracks of society without a trace. The Fed has helped return their dignity to them. .

Loneliness kills more people than smoking. That fact was never starker than when I spent an hour at one of The Fed’s recent ‘Coffee-Stops’ at Manchester Maccabi. Organised by our Volunteering Team and staffed by amazing volunteers from across our community, it was here I met a man in his seventies who, like the couple above, had absolutely no family. Until four years ago it was simply him and his wife, to whom he was devoted. Tragically she, contracted a sudden illness and died very unexpectedly leaving him literally all alone in the world.

Unlike the couple I’d visited at home, this gentleman had all the material comforts in the world, but he felt like curling up and dying. He spent his days looking at the four walls or wandering around supermarkets. But then he started coming to The Fed’s Drop-in evening groups. He got dressed properly; he went out; he made new friends and re-discovered his purpose for living. He told me, “The Fed saved my life”. In Judaism we say, “He who saves a life, it is considered as if he has saved an entire world”. .

Anyone who has raised, or is raising, a family knows how hard it can be with just one child. When you have a family on a very low income, with four young children, three who suffer from complex behavioral issues, and a father who has a debilitating illness, life can become totally unbearable.

The Fed helps this family in a range of ways – one to one sessions for one child to help identify the cause of their behavioral issues; liaison with the local council for a diagnosis of another and placements on our Project Smile Play and Learn play-schemes – invaluable so that the parents and other siblings can get much needed respite.

Without The Fed, they would be floundering and lost.

And last summer, the entire family came on one of The Fed’s summer day trips. The parents could never have had the money or energy to take their children anywhere like this. The mother told me, “The Fed helped us do something together as a family we could never have dreamed of. But more importantly you helped us make memories that will last a lifetime”. So many of us can take our children and grandchildren to places without even thinking. For this family, one day at the Zoo was a trip of a lifetime. Let that sink in for a minute. .

Each one of these encounters left me in emotional turmoil for days afterwards. Seeing an elderly couple living in such conditions; meeting a widower who had suffered such horrendous loneliness; talking to parents struggling so much that they felt like just giving up. These people had been clinging on by their fingernails. Thankfully The Fed was here to stop them falling off the cliff. .

What I’d seen were just three snapshots. Three of hundreds of cases where The Fed is supporting the most vulnerable people in our community. And not just in the areas that readily come to mind – the ‘heavily Jewish’ areas of North and South Manchester. , , .

In fact, CAST and Volunteer Services have , ! It is probably one of The Fed’s best kept secrets – but I aim to change that.

I am immensely proud of our state-of-the-art care home at Heathlands Village where our community’s most vulnerable older members are cared for with dignity and love. However, it is the work The Fed does outside Heathlands Village which often makes the biggest difference to people’s lives. This is what I want to shout about.

Many of us are blessed to have family and friends around us – a support network we can count on without thinking. Many of us are in a financial position that allows us to support ourselves, our children and grandchildren. But there are plenty who have neither the family support or financial means – the hidden people and families of our community that The Fed has a responsibility to help.

And this responsibility comes at a cost. £, mostly from voluntary income and with very little help from local councils or central government.’