The Fed has closedæits charity shop in Urmston but we are continuing to trade from our other store in Cheetham Hill, North Manchester.

Although the shop has closed its doors, The Fed is still holding shop drops in South Manchester, with the next one being held on Sunday 19 March. Members of the public are invited to bring any unwanted household items, bric-a-brac, shoes and clothes to The King George Pub on Moss Lane, Altrincham, from 10am-12pm. The profits from our Charity shop help fund much needed services in both South and North Manchester.

Our COO, Mark Cunningham, said, “The sales from our charity shop are an important part of helping us to sustain vital Community Services. It was important that we maximised the contribution that our charity shop trading makes, so we have decid

ed to consolidate trading from our Cheetham Hill branch.”

Items to be donated for charity will still be gratefully received at The Fed’s South Manchester office, The Charity Box on Cheetham Hill or at Heathlands Village in North Manchester.ææ If you have a large amount of items to donate, and would like them to be collected, please contact Karen Morse (pictured right!) on 0161 492 0422.

The Charity Box on Cheetham Hill remains open for business as usual and we have plans to turn it into the leading charity shop in the North West, continuing as the only charity store in Manchester that donates 100% of its profits back toward benefiting the community 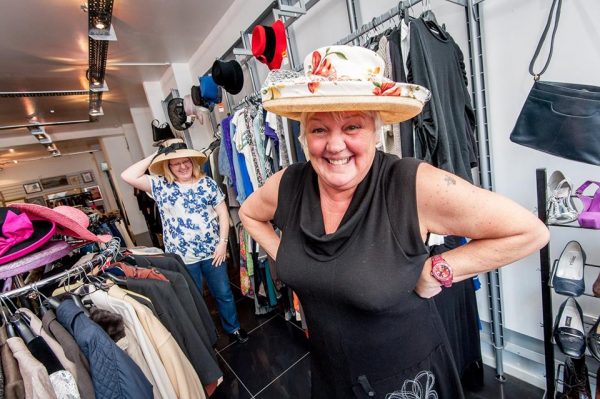 The Fed has closedæits charity shop in Urmston but we are continuing…
Read More
We have suspended our community groups for both adults and children due to Lockdown 3. Our online Male Carers & Pilates groups continue as normal. For further info, advice or support please contact advice@thefed.org.uk or 0161 772 4800.
+